The 7th St. Petersburg International Cultural Forum (SPICF) welcomed a record number of participants and confirmed its status as Russia's largest annual cultural event. In keeping with tradition, Proxy Centre saw to the accreditation of forum participants while also taking part for the first time in organizing event transportation. 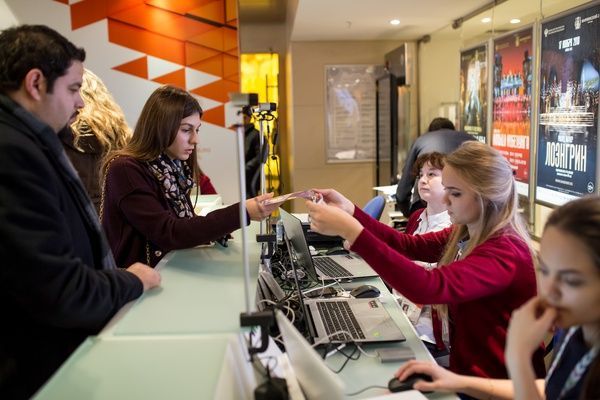 Participant accreditation
Proxy Centre employees issued 12,700 badges to participants of the forum’s professional flow (11,500 badges in 2017) and 500 badges to participants of the Jazz Across Borders Forum and Festival. More than 26,500 participants were registered for public flow events.
While preparing for the event, Proxy Centre specialists created online platforms to register participants in the forum’s public and professional flows. The company also hired temporary staff and trained employees to provide accreditation and to oversee participant access to forum sites. In total, the project involved 10 employees from the company and 65 specialists hired especially for the event, including accreditation administrators and operators and technical support specialists.

Proxy Centre provided 53 accreditation operator workstations with the necessary equipment and software. Laptops, cameras for photographing participants, and printers and other supplies for printing badges were provided – in all more than 150 pieces of equipment.

Three automated access control points employing contactless control technologies for the participants of the professional flow were up and running throughout the duration of the forum. They were located in the State Hermitage Museum, the Mariinsky Theatre (the New Stage, Mariinsky II), and the Russian Museum of Ethnography. Two more access control points employing barcode technology were in place in the Manege Central Exhibition Hall, where the public flow of the forum was held, and in the Aurora cinema, the venue for the Jazz Across Borders Forum and Festival.
Careful planning and organization of operational processes made it possible to ensure quality service and a speedy and smooth accreditation procedure. Together with accreditation, operators at accreditation points also provided forum participants with information kits and, upon request, information about the forum programme and events. 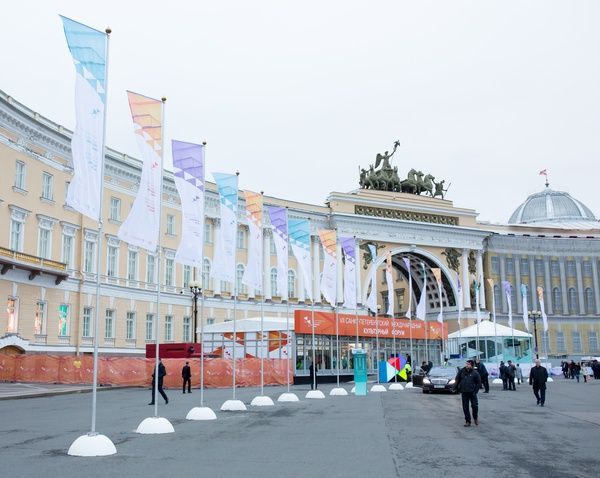 The main theme of the 7th St. Petersburg International Cultural Forum is “The strategic potential of culture for the country”.

“Our country is distinguished by a unique variety of languages and traditions. For centuries, they intertwined with each other, enriched each other, and filled domestic painters, writers, and musicians with the power and inspiration to create cultural brands of – one can say it without exaggeration – universal importance. Of course, this is a source of pride for us. And most importantly, they have given us a clear understanding of the peacekeeping mission of culture itself. It brings peoples closer together, sometimes in the face of political differences or economic difficulties, and introduces to people the lofty values of humanism, equality, and mutual respect to people.

“Of course, Russia is also interested in the experience of other countries, primarily those implementing modern models that have proven their effectiveness in the development of educational tourism, support for youth, and volunteer initiatives. These things are priorities for our cultural policy,” – Russian President Vladimir Putin said in his welcoming speech at the Gala Opening of the Forum

The Forum programme included 415 events, which took place at 163 sites in St. Petersburg. Two forum flows took place in parallel - Professional and Public - and in three directions. An extensive discussion programme was addressed to specialists in various fields of culture. The business platform created conditions for the implementation of projects and the signing of agreements in the field of culture. The festival programme included numerous cultural events for the residents and guests of St. Petersburg.

Russian culture related communities adopted documents and developed proposals at the Forum that will determine the development of the cultural industry and the economy of the country for years to come. A Strategy for the Development of Museums up to 2030 was approved at the general meeting of the Union of Museums of Russia, held as part of the Museums and Exhibition Projects section. During Tourism section discussions, representatives of the tourism industry created specific proposals to increase the export of tourism services. The proposals developed at the Forum will be sent by the Association of Tour Operators of Russia to the Ministry of Economic Development of the Russian Federation and the Russian Export Centre.

The Forum programme included major European and global theatrical events: the presentation of the Europe Theater Prize and a congress of the International Association of Theater Critics.

The Theater Olympiad promises to be one of the key cultural events of 2019, declared Year of Theater in Russia. The programme of this major international festival, given the name of “Bridge building”, was presented at SPICF. The Theater Olympiad kicks off in June 2019 in St. Petersburg, with results presented in November at the 8th St. Petersburg International Cultural Forum.

Two states, Italy and Qatar, were awarded honorary status as Guest Country of the 7th St. Petersburg International Cultural Forum. The Italian delegation was headed by the Minister of Cultural Heritage and Activities Alberto Bonisoli, and the Qatari delegation was headed by the Minister of Culture and Sports Salah Bin Ghanem Al-Ali. The forum guest countries have prepared extensive programmes, including discussion and cultural events with the participation of world stars of art and culture.

The II International Jazz Across Borders (JAB) forum and festival, the first and only professional platform in Russia for meeting representatives from the national and international jazz communities, was held during the forum. JAB ended with a grand gala concert featuring world jazz stars. 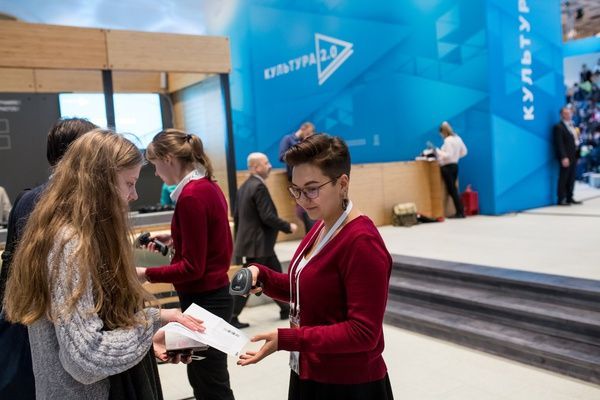